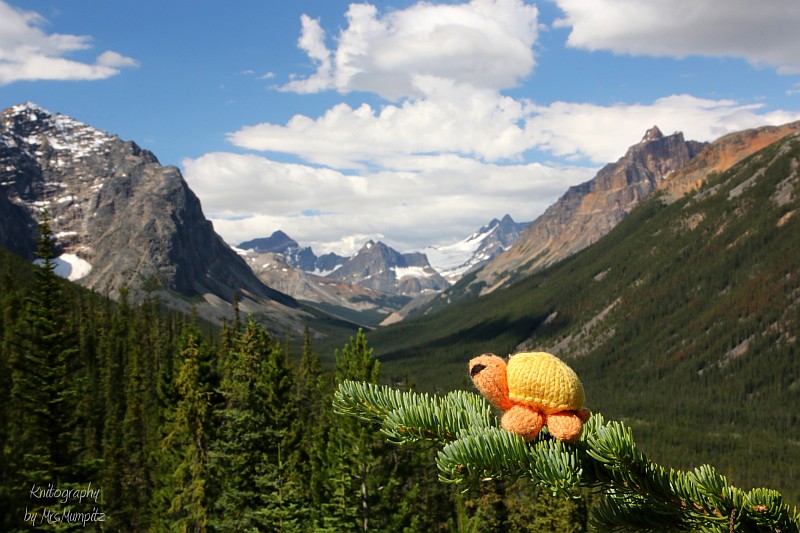 Summer is in the city. The woods smell like holidays in Sweden and it gets almost too hot for knitting. Time to change knitting venue and go out to play!

I’ve been working in Helsingborg in the south of Sweden this week, using the time on the plane for knitting, of course. People have been asking me before how I managed to get my needles through the security check, but since I use wooden needles it has never been a problem. And it’s not that I want to hijack a plane or such anyway. What would I do with a plane if it doesn’t fit into my yarn closet?! 😛 If economy class knitting isn’t much fun, my seat neighbours’ faces were 🙂 Especially on the flight back, when I sat next to the same people and finished the sock that I had I started in the morning.

Helsingborg is a lovely small city just across the water from Danmark. You can see Hamlet’s beautiful castle Kronborg from the beach and take a ferry to change country in 20minutes only. Lots of Swedes use the opportunity to go there and stock up on cheap beer and liquor while on the other side with their cars almost scraping on the ground with the load when the roll off the ferry back in Sweden. Or you could just as well enjoy the beach in Helsingborg and knit some more 🙂 So travel Turtle and I have been hanging out on the beach, knitting socks and before we knew it, it was already time to go back.

Back home the weekend started with beautiful summer weather, walks in the woods and some finished knits. Another In Bloom Shawl and

a toy duck that is already on its way to the US.

And now? To the needles! Have a great weekend and enjoy knitting, wherever you go!