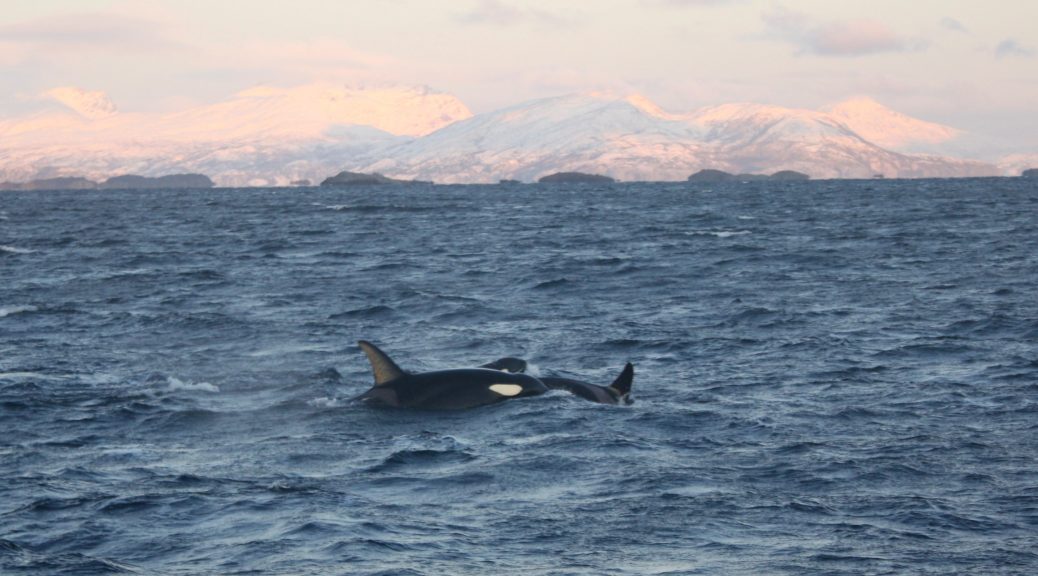 When I was a kid I wanted to become a marine biologist. Anything connected to the ocean fascinated me (and still does!) and especially the big whales and funky deep-sea creatures got to me. Diving and aquariums never lose their magic for me and I can never be away from the ocean for too long. Who ever saw a whale up close can never forget this unbelieveable encounter.

Whales are at the top of the food chain and have an important role in the overall health of the marine environment. Unfortunately their large size and mythical aura does not protect them; six out of the 13 great whale species are classified as endangered, even after decades of protection. I was lucky enough to see Orca whales in Norway a few years back and also dive with dolphins (if you ever have the chance, don’t miss out on this!!) and see sperm whales in New Zealand.

I’ll never forget those encounters! Unfortunately our oceans are getting not only more polluted by plastic and other waste, but also warmer, which affects the tiniest of creatures like corals and plankton, which all other life forms in our oceans (and around!!) depend upon as food source or habitat.

This is why I decided to dedicate my newest toy pattern to the most beautiful creature on earth: the whale.

As for the pattern for PATTY THE PENGUIN 100% of the sales revenue for this pattern will go directly to the WWF
So who said knitting doesn’t make a change?? You make one! [Read about Patty here]

So here it is, the newest addition to my knitted toys:

There are may threats that endanger whales around the globe. Industry, collisions with ships, entanglement in fishing gear (known as bycatch), and pollution injure and kill whales. Shipping activity and oil and gas development cause noise that can disrupt or even damage whales’ hearing. Such disturbance can exclude whales from critical feeding and breeding grounds, and disrupt their migratory paths.

Despite a moratorium on commercial whaling and a ban on international trade of whale products, countries such as Iceland continue to hunt whales for their markets. Over 1000 whales a year are killed for such commercial purposes.

Warming oceans and loss of sea ice in the Arctic and Antarctic can affect the habitats and food of whales. Large patches of tiny plants and animals that they feed on will likely move or change in abundance as climate change alters seawater temperature, winds and ocean currents. These changes can mean whales such as humpbacks and blues may have to migrate much further to reach feeding grounds, leaving them with less time to forage for food. The shift in food availability due to climate fluctuations has already hurt the reproductive rates of the endangered North Atlantic right whale.

If you want to support the WWF in their hard work and if you just feel like knitting a whale, of course, this is a cute way to do both.

Here are their whales, and they all swim freely and happily forever after 😛