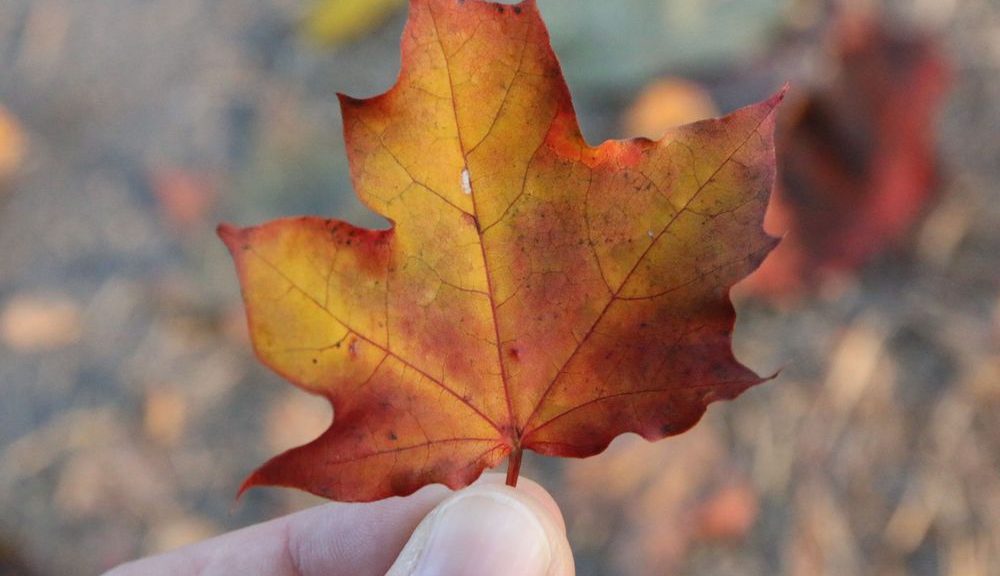 Finally the temperatures are perfect for knitting, the evenings are getting longer and the days crisper. My favourite season has begun!

Not only do the fireworks of colours blow my mind every year but I also wouldn’t want to miss the crisp and fresh air during an autumn walk. Isn’t the red incredible?? I swear I don’t edit my pictures, the colours are all natural and I seriously can’t get over them! It’s been way too long since I took my camera out for a walk in the woods.

And of course autumn is the season for cozy tea time sofa knitting!

Since the first pattern release of my Norse Series (see last posts)  I started working with project bags. I cannot remember how I survived before, but I had a strict one-WIP-only policy. Now that I own several project bags each of them contains a WIP. I don’t know if I should be happy or annoyed by that fact, but I love the bags (and the projects) with all my heart. If anything it makes me more productive 🙂

As for this year’s promise to myself I’ve been busily de-stashing and knitting loads of scrappy projects (my favourite!) and wanted to show you some of the latest finished objects!

First off the 6 ply leftovers (mainly Opal yarns) had to become Dragon Hats (click for pattern). These are so much fun that I can’t keep myself from making them. So every time I finish one…

I have to cast on the second immediately after…

And then some mini scrap eaters (this is a free pattern available on my blog here). It is almost as much fun to photograph them as it is to knit them. It’s like a bag of crisps, you just can’t make only one…

So here are a few cast-ons for the colourful season: A pair of Coziness Fingerless MItts made from Schoppelwolle Zauberball 100.

This will be a bunch of mitts for Kids (we do have a few around here…), there will be a pattern coming soon! Also made from Schoppelwolle, Crazy Zauberball.

My little guy #1 (he’ll turn three soon!) loves digging into my stash and pulling out random skeins. This time he said he wanted me to make something for him, and pulled out three blue leftover skeins. So I turned them into a freestyle raglan sweater! So far he didn’t feel like wearing it, but once it gets colder I’m sure he’ll live in it 🙂 Now I’ll need to make one for his little brother…

Do you think I’ve had enough of sock knitting for a while after the 24 pairs in XXXL for my husband’s advent calendar? No way 🙂 Now it’s MY TURN! After finishing the last pair for him, I immediately had to cast on some scrappy socks for myself. And then another one! Just because I sometimes need to spoil myself 😛 Are they not perfect?

And now? I’m alternating between leftovering and knitting for the next release for the Norse Series. Are you curious yet? Here’s a pic of the new Frigg’s Mitts (to be released in early November!). I love these cabled thumb details so much!

Now I should be off to knit some more.

If you need more inspiration for leftover projects check out these posts:

Patterns that use scrappy amounts of yarn